You Want a ME-Ternity? Have At it. Just Let the New Moms Go, First. 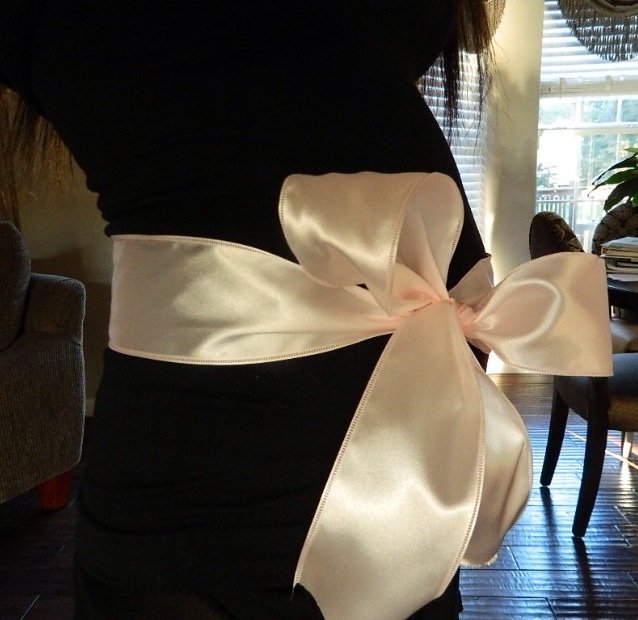 I was having a discussion with a friend of mine who was recapping to me an argument she had with a good friend of hers. Her friend had just become a new mom, as was I. I was following along the story just fine, bouncing my new baby in my arms, until my friend said: “This is definitely bothering her way more than it’s bothering me.”

“Well, because she’s home with her baby on maternity leave right now, so you know she has all this time to sit there and think about it. Whereas I’m out in the world, going to work, busy running errands and I don’t have time to dwell on it.”

My sleep-deprived eyelids sprang open. My face got hot. Words began to rise from a deep, dark abyss somewhere in the pit of my stomach that I wasn’t even sure I knew existed until this point. I felt them pushing up in my throat with the force of a volcano. I wanted to tell her that while she’s sitting here talking about it, with a glass of wine in her hand,  her friend might be home pulling her hair out trying to put together a breast pump. Or trying to figure out why her baby is crying, or when she can take a shower. Possibly trying her best to simply eat a sandwich or get her laundry done.

Which probably signifies that her friend did not, in fact, have all the time in the world to care about their fight more than she did. Yet somehow, I managed to swallow my words, and settle myself down. I sat speechless for a short while, and then opened my mouth and squeaked out, “Well. I’m sure she’ll come around.”

There were many things that I wanted to say in that moment, but I withheld. I didn’t want to react and say something that would hurt a friendship with someone I loved, who I knew couldn’t possibly understand yet what her friend now knew very well.

But also: I’ve been there. I know I’m not alone in this. You hear something coming from someone who doesn’t have kids and it can make you feel angry, sometimes at the person, and sometimes at your former self who has yet to have children and who once maybe uttered things equally as misinformed. It happens. We hadn’t been schooled yet, our worlds hadn’t yet been rocked.

We hadn’t yet had a child, stumbled through the clumsy uncertainty that comes along with the giant responsibility placed upon your chest after hours of birth. We hadn’t yet been spit up on, had our bodies go through the angst of delivery, or been paid a visit by crashing hormones or postpartum depression.

We hadn’t spent sleepless nights researching sleep schedules, feeding schedules, colic remedies, healthy baby foods, how to soothe a child, which pediatrician would be best, and questioning with all of our might whether or not we are doing any of this right.

Friendships? We care about our friendships during this time. We care about them with such ferocity that we cling to them with every fiber of our being. We need our friends, we love them – even if we can’t hang out with them and express it like we used to at this time. We hope our real friends stick with us until we come out the other side, because they become our lifelines.

But we certainly do not have all the time in the world to dwell over an argument.

Before I had my own child, I didn’t know any of this. No one can. And I believe this is a specifically-designed secret of life, because knowing all the things before experiencing them would result in many more people probably opting out of pro-creation. Humanity needs us to not know the other side until we get there, because once we arrive we see there is so much love on that side, that somehow we are able to deal with everything else. There’s no way to explain it. Even if you tried, even with an eager listener who really wanted to hear it, there’s simply too much lost in translation. It’s not in a way of “I know more than you,” condescending fashion – it’s simply another one of life’s situations that can’t be fully known until you go through it. It’s all that white space on your resume that can’t be conveyed in an interview. That white space is not blank at all – it’s filled with your experience.

That conversation with my friend was three years ago, but still when I think about it I have such a visceral reaction to it that I have to sit on my hands.

Today I read a story about a woman named Meghann, who wrote a book about wanting a “ME-ternity leave”. Because she’s “jealous” of her friends who get a leave from work after birthing a child. Somewhere along the line she acquired the idea that a “maternity leave” is all about kicking your feet up, self-discovery, and figuring out your life’s purpose.

There are so many things wrong with Meghann’s fairy-tale image of what goes on when her co-workers take a ridiculously small amount of time to nurture a newborn and allow their bodies to recover, but I can’t really say I believe it’s entirely her fault. Because the reality is this: no one, outside of new parents, wants to hear the truth. They just want you to hurry up and get back to your desk, share a few baby photos, and see whether or not you’ve lost the baby weight.

Do you know what would have happened if I came back to work and tried to tell my other, non-gestating co-workers about the things that really went down? I’d have been fired. If I tried to send a recap of my time away in a work email, it would have been caught in the web filter and flagged for being too graphic.

No one wants to hear it.

And it starts as early as pregnancy. I remember being at work one day, shortly before we had our first born. I was in the ladies room, standing in front of the mirror, crying. I’m not much of a public crier, but here I was. The reason for my tears is because I was 38 weeks pregnant, and my baby wouldn’t turn. She was breech. Stuck. The ultrasound showed a perfectly healthy baby facing the wrong way with two tiny middle fingers sticking up at me, and surgery was the only option. I worked hard through my entire pregnancy and kept my emotions in check at the office, but the dawning realization of laying on an operating table having my daughter surgically removed from my body was scary and I was having a moment.

In what I thought was a stroke of luck, the head of HR – a lovely woman – happened to walk in the bathroom. She saw me, and politely asked if I was OK. I told her, through sobs, what was going on. I thought for sure I was moments away from her telling me I could go sit in her office for five minutes to collect myself, or maybe offer some consoling words. But do you know what she did? She extended her arm, careful to keep the personal space between us – and patted me on the shoulder. “There, there,” she said. Then she washed her hands, dried them, and left.

But back to the “me-ternity” nonsense. In her interview, the author of the book is quoted as saying: “And as I watched my friends take their real maternity leaves, I saw that spending three months detached from their desks made them much more sure of themselves.”

Her observation was probably accurate – although likely for the wrong reason. The actual reason the women are coming back “more sure of themselves” is because there is simply NO TIME for bullshit or self-exploration when you are caring for a newborn and your body is recovering from birth. Women come back appearing clear-headed and caring less about nonsense simply because we have no more head space or fucks to give, not because we spent the past three months sipping margaritas and reflecting on life.

This extends to new dads, too. I’ll never forget being in the elevator with a co-worker who was a new father, before I had my children. My cheerful “Congratulations!” was not met with smiles and baby photos – he could barely even an utter a thank you. He hadn’t slept in days. This man was exhausted.

I spent the first three months postpartum crying on my bathroom floor, and sure, while you could say I had some revelations during those moments, they weren’t the kinds of come-to-Jesus thoughts you might have while reading books during sunset.

I know the author is being raked over the coals for this. And the thing is, on some level, I know what she is trying to say, which is: “Hey, we all need ME time.” And with that, I agree. But saying it in this fashion, using this “cheeky” play-on-words, is a mockery to new parents everywhere, and tries to knock an entire group of women – perhaps one of the most misunderstood groups, the ones who are in desperate need of support and understanding – down several pegs on a ladder they’ve been desperately trying to climb. Should she decide to have children of her own, and be fortunate enough to take that leave she so advocates for, I have a feeling this book might wind up between two slices of bread on her lunch plate. And that’s if she even has time to make lunch.

The takeaway is this: if you want a ME-ternity leave, Meghann, then by all means, have at it. Take a hiatus from your job, go visit an ashram, “Eat Pray Love” until you develop an allergy to pasta and yoga mats, and self-explore the shit out of your life. It does sound amazing, and everyone should do that. Especially new moms.