Take a Leap of Faith

There I was at my desk, talking to a co-worker, when suddenly we heard a few taps on the window. We turned around and were surprised to see a squirrel standing on the ledge of the window looking in at us. He was pretty cute, but we didn’t think much of it and kept on with our conversation – until he started running frantically from side to side. After a few seconds we realized why he was freaking out: he was stuck on the ledge of the third floor and had no way of getting down. How the heck did he get up there? We had no idea. But he was stranded, and we were watching him helplessly pace back and forth, trying to decide how he’d get himself out of this mess.

He kept trying to see if he could climb down the side of the building, but the poor guy realized there was no way he could do that without plunging to the concrete below. After about ten minutes of weighing out his options, he just stood still and started shaking like a leaf.

My coworker and I started to feel really bad for the little guy. Both being animal lovers, we were trying to figure out how we could maybe help him out. Yep, that’s how bad we felt for him. But as we were trying to figure out what we could do we noticed that the squirrel started eyeballing the tree branch that was a few feet away and about one story down. No freakin way, we thought. Was he really going to jump? Would he make it? Were we really killing this much time at work hanging on the next move of a rodent? We thought so, we weren’t sure, and yes, definitely.

Suddenly it seemed as though he came to the decision of  “now or never.” He stood on his back legs, brought his front paws up to his chest, peed, and then went for it. He just lept off of the ledge and dove into the tree below. For what seemed like five minutes but was really a half a second, we held our breath until – WHEW! – he made it! It was a bit of a sloppy landing, but who cares? He grabbed hold of the branch and safely scurried down the tree onto the grass below. For me, not only did it kill a few minutes of the work day, but it made me realize that if this guy could  take a leap of faith without a safety net, I could, too – and so can you. Because sometimes we find ourselves stuck on a ledge three stories high, we have no idea how we got there, and even less of an idea as to how to get down. And yes, there might even be some wackos watching the whole thing unfold, unable to really help you. But you gotta make the decision to take matters into your own hands and get yourself out of the mess you’re in.

So, what are you waiting for? No one is coming to save you with a ladder. Take a deep breath, and make that leap. Just please, if it’s my ledge you’re stuck on, don’t pee on it before you jump.

Leaps of faith can be pee-inducing at times, but other times they seem like the only obvious solution at the time (and only later was the amount of courage needed palpable). Thank you for relating the tale of the squirrel and our need to simply jump.

‘@TammyL Very true Tammy – sometimes you really have no other way to solve a problem – pee or no pee! 😉 Have you ever found yourself stuck in a situation like that? Where you look back and say, how the heck did I get myself out of that one? I’m going to think of this guy the next time I’m stuck in a tough spot.

Thanks for the inspiration!!

Wow, amazing that you actually watched this unfold, pee and all! Rodent or not the act was courageous, though I”m not sure that he/she had much choice, no escape routes. And what do you do when you are left without a choice, without an escape route? You don’t find courage, but courage finds you hahaha…or else you will sit on that ledge until your death, the survival instinct gives one a natural choiceless courage (is that truly courage then?). Do or die, literally: a fight or flight situation. The squirrel had no escape (flight) as there was no other enemy/predator here other than death and she fought and won. For the squirrel survival is LIFE. But what about us human beings? Well you have inspired the question which means you have inspired me to write a blog on this. I hope you don’t mind. I wish I had been witness to this beautiful squirrel’s “leap of faith”. Thanks so much for sharing and for inspiring 🙂

I don’t mind at all, looking forward to what you write 🙂 It’s an excellent point about not having another choice – @TammyL brought that point up too. I have seen that happen personally as well – obviously not such an intense situation, but in different ways – of being pushed into the leap. Very true that courage finds you in these situations! Good way to put it! 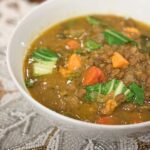 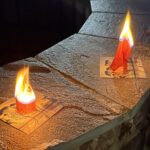