The Good, the Bad, and the Yogurt 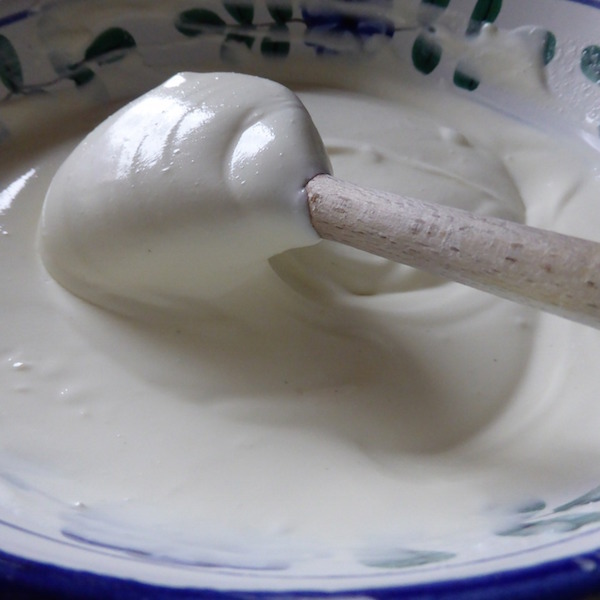 This week I’ve sliced my cuticle open with the blade of my blender, ran hip-first into my bedpost, and stubbed my toe. Then yesterday, in what could only be explained as an epically choreographed move nowhere near graceful, an entire bowl of yogurt slipped from my hands, spun into the air, then landed right-side-up onto my kitchen floor so beautifully and strategically that yogurt exploded up out if it and spewed EVERYWHERE.

All over the counters, all over the cabinets, the floor, the ceiling, coating every appliance that we own. I stood there stunned, taking inventory of all that was covered in yogurt and it didn’t even seem possible. It was a yogurt crime scene. Even Marcus looked at me, a dollop of yogurt on his head and beads of yogurt on his whiskers, like: what the fuck just happened?

I grabbed a single paper towel, which was completely ridiculous and reminded me of the time my sister spilled an entire glass of red wine all over her husband’s khaki shorts and then, with a serious expression, handed him a Tide stick.

I had just put both kids down for a nap of course, so this incident basically just lit my to-do list on fire. This is how I would spend their nap time – cleaning.

Greg walked into the kitchen. You know Greg by now. Borderline OCD neat-freak, I knew this would send him over the edge. There was too much rogue yogurt (rogurt?) and no easy way to get it under control. Any step I took would be one that made a yogurt footprint. He stopped and stared, wide-eyed and for what felt like forty minutes, then cleared his throat:

I tried to talk but nothing came out. I was still trying to process it while simultaneously contemplating how I could even capture the madness in a photo. Panoramic mode? No, that wouldn’t cover it. How would you see all of the yogurt that had exploded onto our cabinets, since our cabinets were white, too? Maybe a filter —

GREG: “No seriously – what happened here?”

I opened my mouth to try to tell him, but instead I burst out laughing. I could not control myself. Could. Not. Control it. Greg was still trying to make sense out of this madness. He pointed under our cabinets.

GREG: “I mean, how would it even get under there?! How is this possible?”

ME: *hits the floor*

GREG: “OHMYGOD you are getting yogurt on your clothes!! Seriously, I need to know how it happened. Did you trip?”

GREG: “You fell down, didn’t you. No wait – you spun around with the entire tub of yogurt in your hands. That must be it. Was this an experiment?”

By now I was gasping for air, engulfed in pure hysterics. I was on my hands and knees with an entire roll of paper towels in my hands attempting to clean this nonsense up but of course it was smearing everywhere and Greg was watching, horrified, clawing his own skin off.

GREG: “There was an earthquake. No, wait – a Yeti ran through the house and tried to take the bowl from you.”

After a while he became less neurotic and more intrigued, and while he won’t admit it I think he was impressed with how I managed to cover every surface in our house with yogurt in one swift move. It was like the mess was so perfectly done that he had to respect it. He grabbed some paper towels, and together we cleaned the mess while he continued to come up with ridiculous reasons as to how this could have occurred.

Yes, I have moments where I lose my cool. But I want to remember the part of the day where I ran up and down the length of our yard and back again easily over 100 times in a game of tag with Penelope, her belly laughing the entire time, with Ciro in my arms bouncing around and giggling.

Yes, I had to leave Ciro in his jumper screaming and crying while I helped Penelope go to the bathroom. But I want to remember how for the remainder of the day I played with him on the floor, sang to him, nursed him, calmed him down.

Yes, I rushed Penelope out of the house because we were running late for camp. But I want to remember how we sang on the way home, her shouting “Louder! Louder! LOUDER!” as I turned up the radio, us singing and dancing and laughing like lunatics.

Yes, I spilled my yogurt all over the kitchen, losing probably the only hour of kid-free time I had all day to cleaning up a giant mess and getting nothing else done. But I want to remember how much fun we had cleaning up the mess.

Sometimes life feels so crazy that even your tub of yogurt tries to throw itself all over it, as if saying, Maybe a yogurt mask can fix everything? And sometimes, it can.