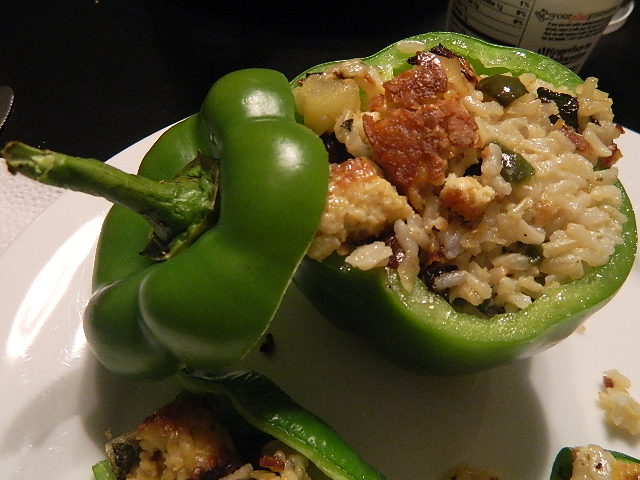 If we can have pasta-less pasta, why not fajita-less fajitas? I’m all about shaving off the carbs these days. This recipe calls for rice, but forgoes the fajita – instead, the delicious mix of peppers, onions, and tempeh is housed in a hollowed out pepper. Deeeeeeeeeeelish.

Tempeh is one of my favorite ways to get protein in a meal without having meat. It’s hearty, delicious, and it’s been around for centuries – none of that “faux” meat in it that I try to avoid. And the best part about tempeh is that it is filling, and if you aren’t a fan of tofu, fear not – it’s nothing like it by taste and has a hearty texture far from it as well. 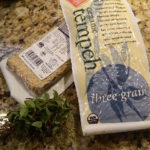 Step 1: Preheat oven to 400 degrees. Begin to boil your rice following the instructions on the package. (This takes the longest which is why you will start it first.) Now, cut your tempeh as shown below: 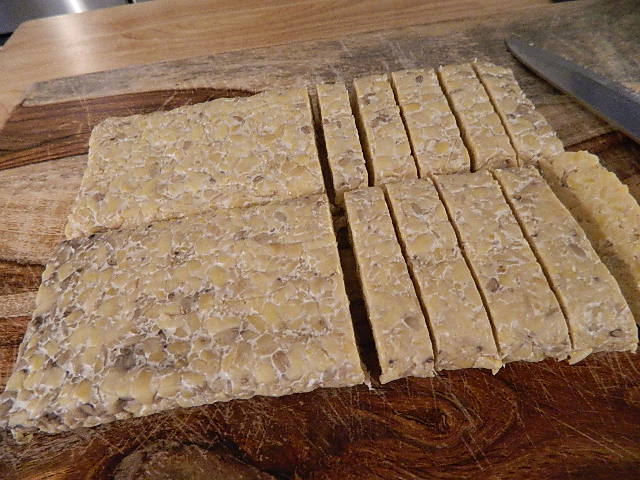 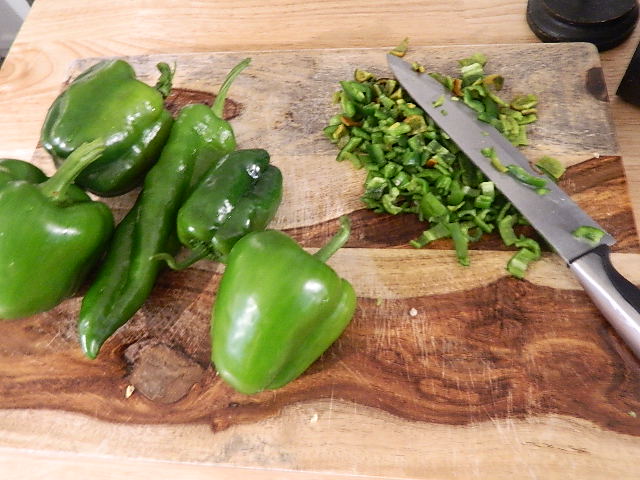 Cut off the tops of the remaining peppers, remove the seeds, hollow out the center. Sit upright in a baking dish. If you need to, remove a tiny bit from the bottom in order to allow the pepper to sit flat. If you are working with long peppers, as some of mine were, you can cut them lengthwise and stuff that them way: 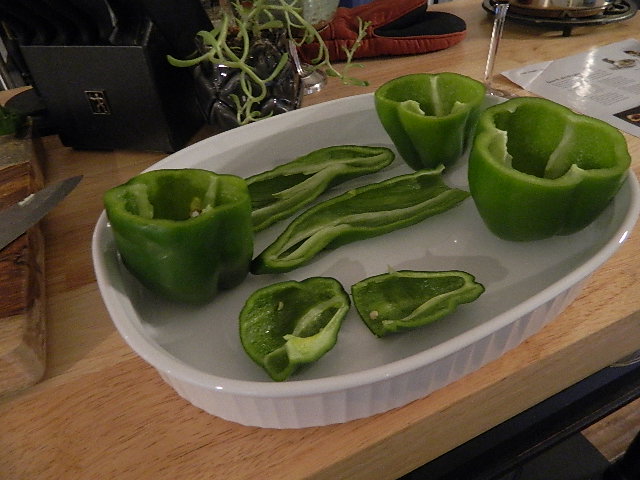 Step 3: Add olive oil to a skillet over medium heat, and brown the tempeh slices, about 5 minutes for each side. Once complete, transfer to a bowl with a lid to keep warm. 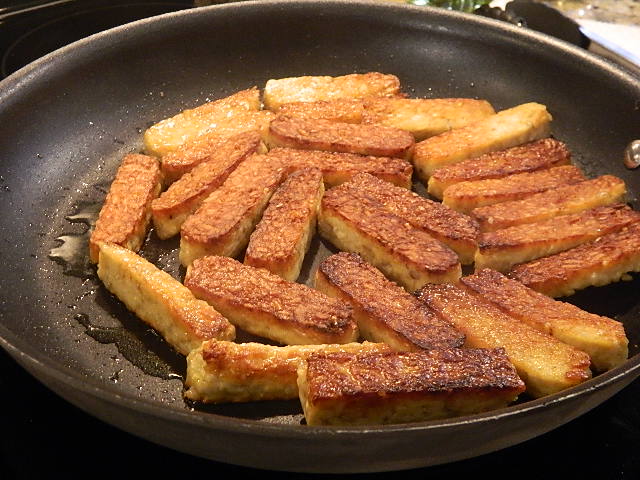 Step 4: Add another tbsp of olive oil to the pan. Add the onions; sautee until translucent and slightly browned, about 5 minutes. Add garlic and sautee another minute.

Step 5: Add the diced pepper and chunks of zucchini to the pan and season with salt and pepper. Cook until zucchini is soft, about another 5-7 minutes. 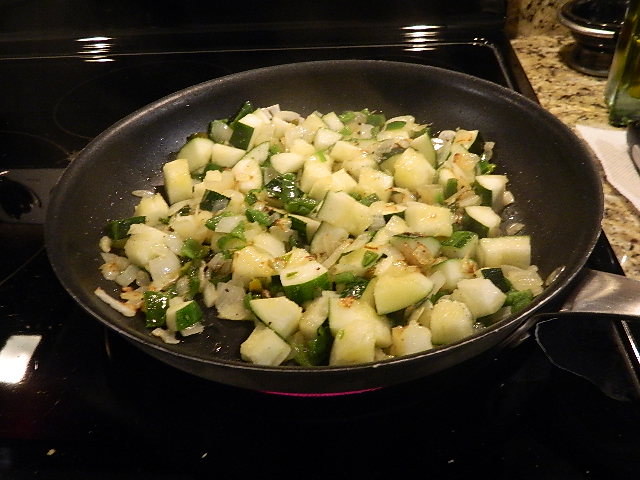 Step 6: Once the rice has about 5 minutes left, remove it from the heat. If you have time to allow it to cool, do so. Add it to the pan with the onions, zucchini, and diced pepper, remove from heat, and mix well.If you are adding cheese, mix that in now also. 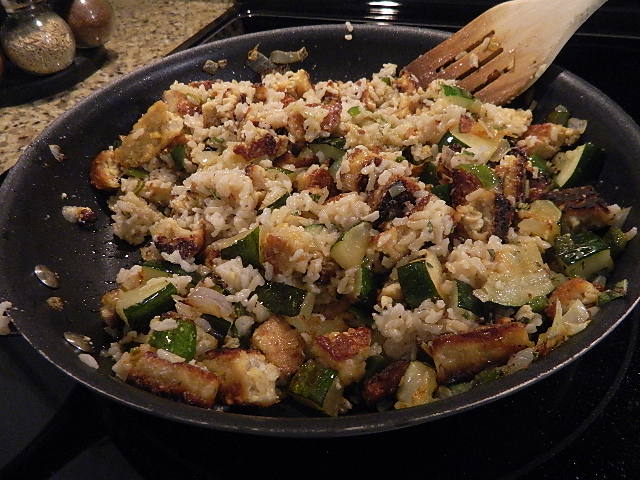 Step 7: Now it’s time to stuff the peppers. Spoon the stuffing inside your peppers. 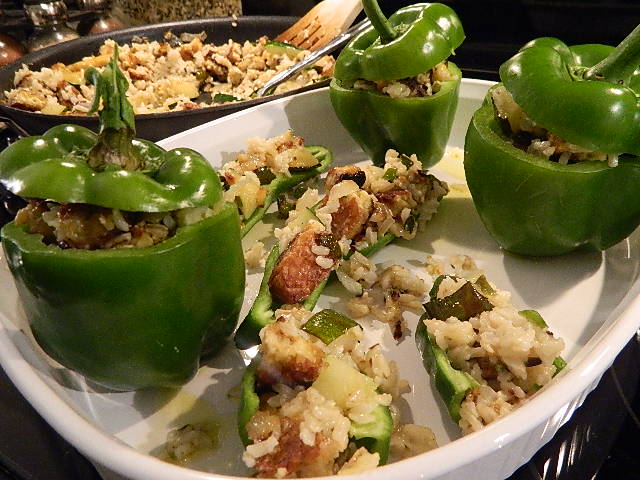 Step 8: Once stuffed, replace the tops of the peppers and place the dish in the oven to bake for 30 minutes. Let cool for 5 minutes and serve warm. 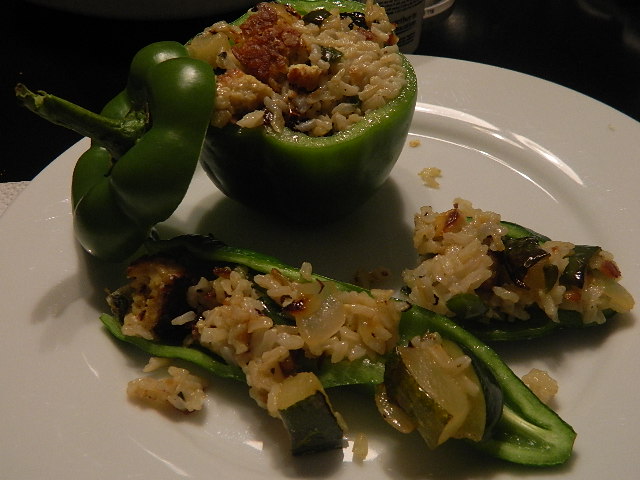 I’ve tried a couple twists on stuffed peppers, and I’m always happy to add another to my list. 🙂

Hi Tiff! Welcome to PW 🙂 I hope you like these! I was pleasantly surprised at how much I liked them .Feel free to link back to any other favorites!

[…] for more of my favorite tempeh recipes, click here and […]