Do You “Know Your Farm”?

I met my Thanksgiving Turkey. Maybe.

You know from my blog that I love food, especially simple and delicious meals that involve fresh, seasonal ingredients. And if you know me on a personal level, you know how much I love learning about where my food comes from and how it is prepared. Yes, I am aware that I am a food geek, and this food geek was so excited to hear about the “2011 Know Your Farms Tour” taking place in and around the Charlotte area that you can bet your bag of trail mix I bought myself and Greg a ticket.

The four farms we visited were: New Town Farm, Poplar Ridge Farm, Windcrest Farm, and, just for the hell of it, the Happy Hills Alpaca Farm. Read on for the cliffs notes and pics on what we saw, and don’t miss the recipes…

Windcrest Farm is an all-organic farm that has been around since the 70’s. They grow an abundance of hard-to-find plant and veggie varieties, and I loved that you could get anything from this farm without worrying about where it came from or how much pesticides they were caked with. Windcrest is owned by Ray and Mary Roberts Tarlton, who are passionate farmers and even offer classes for beginning farmers just getting their feet wet. Right away, aside from the plants and veggies, I noticed several of these guys lurking around the farm… 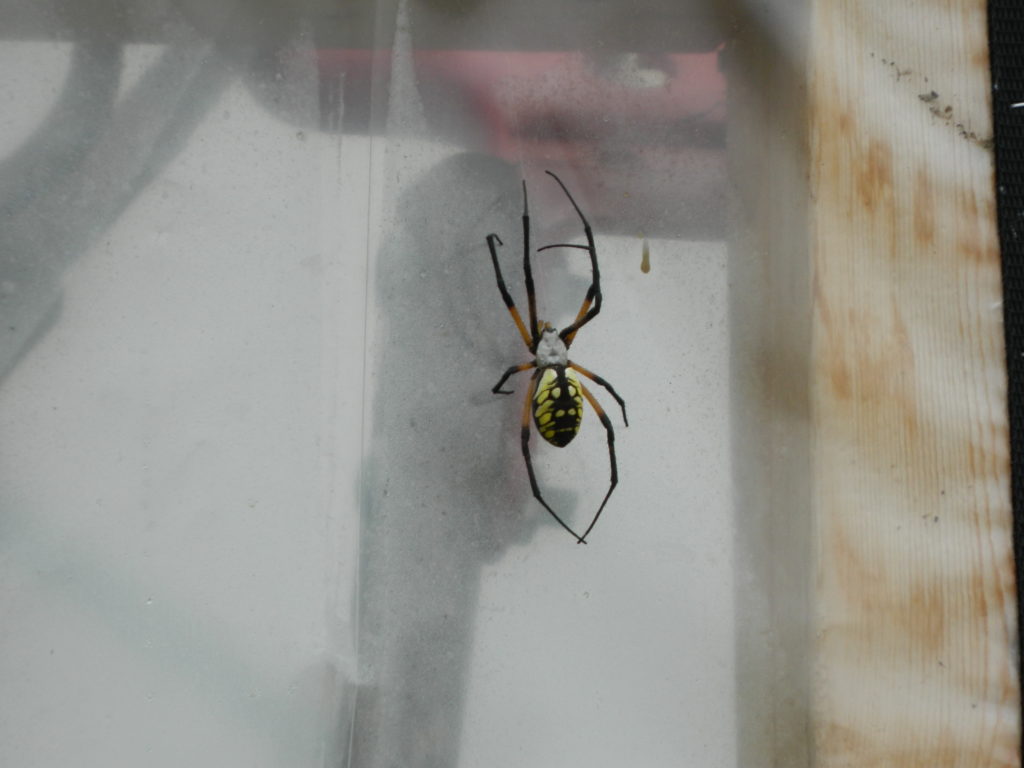 Oh yes. Right about when my face turned the color of a sheet of paper, the tour guide explained that they were harmless, and were everywhere – in fact, while working in the greenhouse earlier that day, he found one sitting on his shoulder. Since the farm is not treated with pesticides, this place has become somewhat of a “safe haven” for these guys and other critters. We did not run into any of those “other critters” that day – just a bunch more of the spiders. Once I was through scratching off the top layer of my skin and we got past them, we checked out the rest of the farm and eventually found the store at the end. We made some purchases: a ginger root, some lemongrass tea, and a pack of Aji Dulce peppers. I had never heard of those before, but they were tiny, sweet peppers that we stuffed with goat cheese and baked when we got home, thanks to Mary’s suggestion. De.Li.Ciouso.

There was no food at the Alpaca Farm, but it was on the list of farms to choose from, and since we had never seen an alpaca up close before, we thought, why the heck not? The family that owns the alpacas take care of them, and once a year, sheers their coats for their wool in order to spin clothing, blankets, and other items. The alpacas are not harmed in the process, and are well-cared for during the rest of the year. In the owner’s words: “Alpacas are raised for their fleece or fiber and provide us with the finest fiber that is on the planet. That’s our opinion. In Peru, only the royalty could wear Alpaca fiber. It is very very soft (as cashmere) and hypoallergenic (unlike all other fibers) and also a natural flame retardant. It is therefore a perfect choice for baby garments and clothing.” You can see in the picture above one of the mother alpaca. Right next to her in the little puffy vest, laying down, is her week-old baby.

After seeing them initially and listening to the tour guide we were just standing there, the whole group of us, looking at them. They stood together in their group, motionless, staring back at us:

We were wondering, what the heck were they looking at? And, if we could read their minds, I’m sure they were thinking: what the hell are they looking at? 😉 The owners made attempts to coax them toward us, or them, even, but they would not budge. What I later learned about alpacas, from a totally random article, is that when a pregnant female runs into the male who impregnated her, she spits at him. Awesome.

This was another all-organic farm that not only grows fruits and veggies, but also raises pastured poultry, heritage pigs, and sells free-range eggs. Instead of a guided tour, we were given a map and were free to roam on our own, which I liked much better. There were people along the way ready to answer any questions we had, but for the most part, we could take our time exploring. 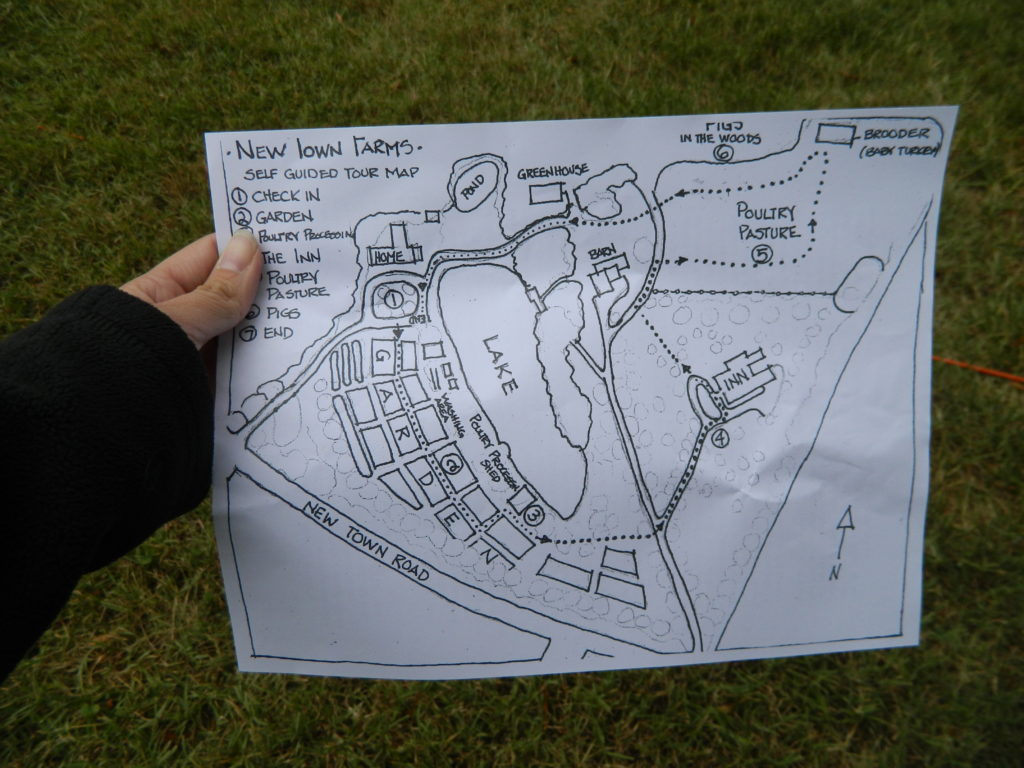 We learned that the chickens were moved around in their coops every couple of weeks, so they always had fresh grass under their feet, and were raised humanely and hormone-free. They did however still need to remain somewhat confined in order to protect them from predators. 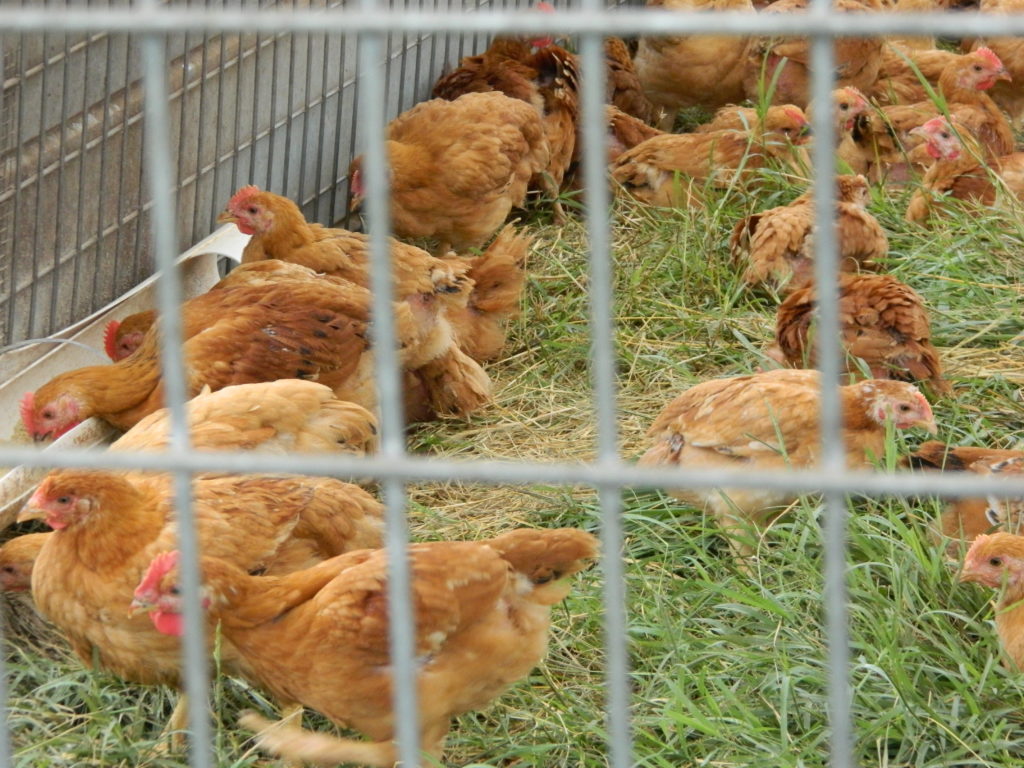 Next, we visited the turkeys. These guys were trying to sleep, and were all huddled up together for warmth since it was an unseasonably chilly day here in Charlotte… 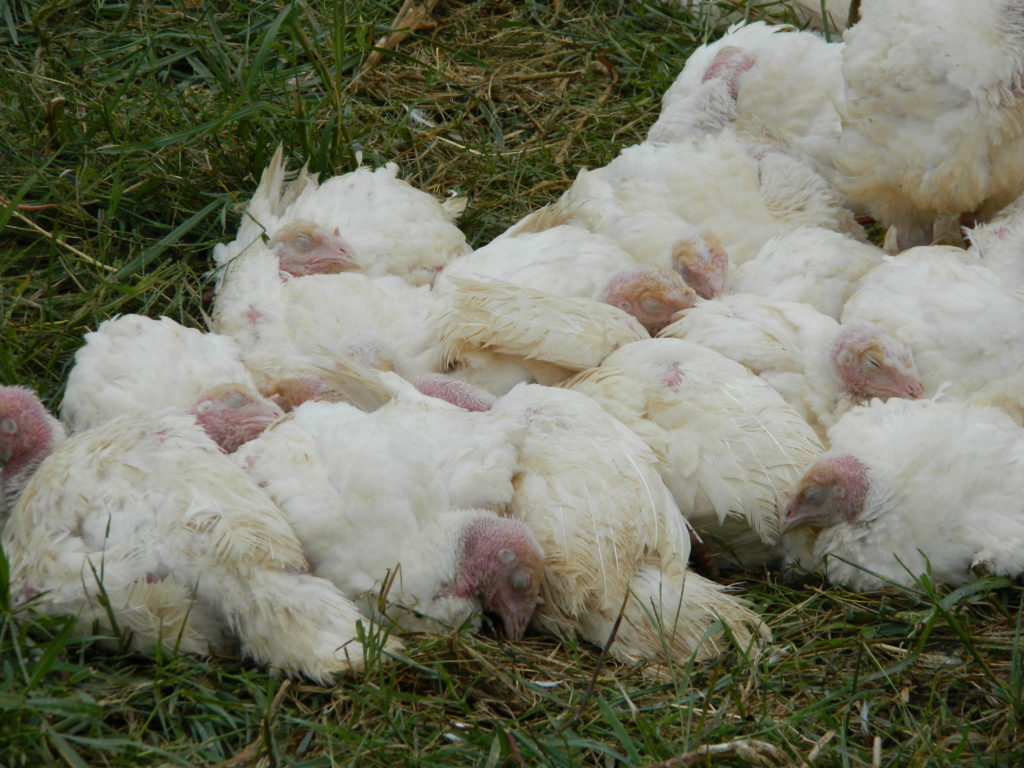 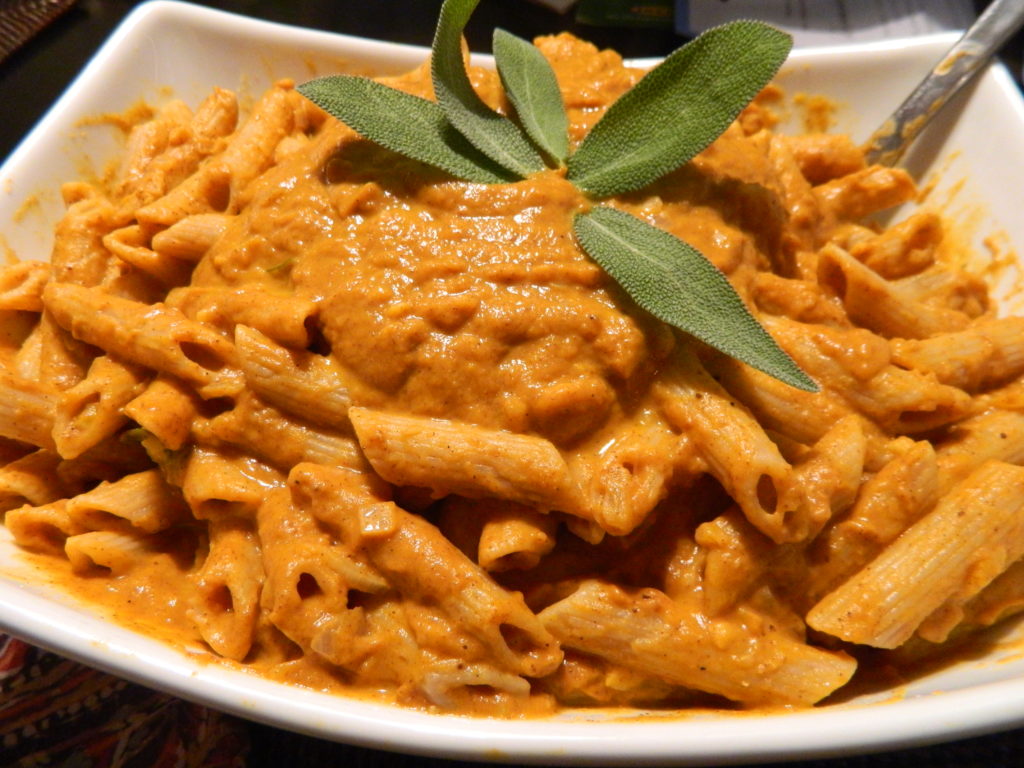 These guys, like the chickens, are raised humanely and with no antibiotics. All of the birds are “processed” right at the farm.

We absolutely loved Poplar Ridge Farm. Not only was it beautiful, organic, and the people helpful and welcoming, but they had food there for us. And not just any food, either – they had the chefs from Table 274 cooking up delicious samples with farm-fresh ingredients. Eggplant sliders, topped with fresh arugula and creamy goat cheese, and butternut squash soup that involves apple cider, vanilla, and brown sugar. I told Greg that this butternut squash soup is the only one I had ever encountered that gives his a run for its money. He told me that made him angry. But then he agreed – we were slurping some serious soup.

We took home some goat cheese, and it was our first experience with fresh goat cheese straight from the farm. Without all of the preservatives we naturally had to eat it faster than the store-bought kind, (which proved to be no problem for us,) and the overall taste was creamier and less salty than the traditional kinds I’ve had.  Below are the recipes for the above-mentioned dishes, along with a recipe for Goat Cheese Cream. A special thank you to Eugene Fritzler, Table 274’s Proprietor, and Executive Chef Patrick Best, for passing these along. You will be seeing us very soon!

On a personal note: I have not eaten “land” meat in over three years. I am not sure how long this kick will go on for, but it had come about after learning and researching a great deal on where our food comes from, how it is processed, and what is involved. There is still so much information out there, and we can make ourselves crazy and scare the hell out of ourselves trying to find it all out. But overall, it made me realize that the more we know about the origins of our food, the better off we are. Of all the things we outsource, food is the one thing we should keep as close to us as possible. I can safely say that if I were going to eat meat again, it would most likely come from one of the above farms. Well, not the alpaca, of course.

**I know this was a long post, but if you are a food lover, you’re hopefully still with me. Are you a food geek? Don’t stop here. Check out this article, about a family farm that re-invented itself and brought forward a whole new way of farming: http://www.thekitchn.com/thekitchn/tours/the-chefs-garden-a-very-unusual-family-farm-157574

Wow, wonderful pictures Ali! I was waiting for this post and it was well worth the wait! I would love to do this tour one day, especially with the kids, maybe next year when Rudy understands a little better, but I know Lina would love it now. I have also never seen (or even heard) of Alpaca’s before. Beautiful and unique-looking creatures, I can see Lina trying to figure out the ‘combination’ of animals it looks like haha

“When a pregnant female runs into the male who impregnated her, she spits at him. Awesome.” – Okay, I was laughing so hard when I got here…so much for patriarchy! 😉

The recipes look wonderful, and I hope that next year we can join in with a farm to receive their fresh crops at our doorstep – what is that program called again?

Thanks for sharing all you learned on this tour!

‘@rshin Haha thanks Rula! I am getting used to my new camera. I will email you all the info on the program. I know, I loved that little tid-bit about the alpaca! 😉

yum! can’t wait to chow down at Poplar Ridge Farm and let them know you sent me! thanks!

‘@nicviar I think you will be impressed!! Also, I LOVE your gravatar!!! You rock 🙂

Reply
5 Things Learned from CSA: Week #1 | Live for the Season

[…] the garden, because these guys can wreak some serious havoc in there!) So long as it’s not one of those giant spiders I saw on the farm crawling out of my lettuce, I think I’ll be […]